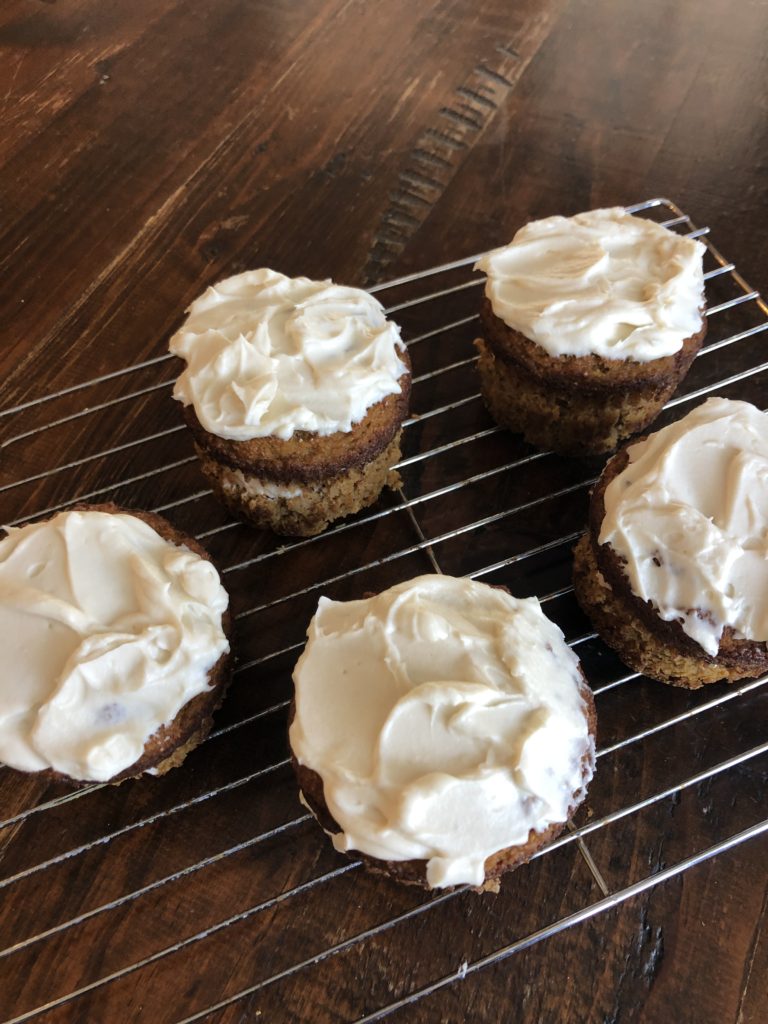 I’ve never been a fan of pumpkin anything. Okay, that is a gross understatement. I strongly dislike all things pumpkin. Blerg. When pumpkin spice latte season begins, I feel like knocking the venti Starbucks cup from every smiling face and screaming, “Just get a chocolate milkshake for breakfast, Eileen! You’re not fooling anyone!”

Pumpkin is the ultimate manipulator. You know, it presents like fun – big, orange, round – but eats like a mushy piece of sad, old fruit – not really sweet, and something a new baby, with very underdeveloped tastebuds, would love. No. Thank. You. So why do so many people lose their minds the minute the little chalkboards start displaying whimsical chalk art of a steaming mug of brownish-orange brew with half a can of Redi-whip on top? I truly have no idea. The only thing that seems more appalling than pumpkin in its natural state is a pumpkin flavored hot beverage. Just thinking about it makes the hair stand up on the back of my neck.

So, let me tell you I was in no mood when Tim asked for “something fall-ish” for dessert. “You know, something pumpkiny.’ Um, what? We’ve been married forever and not one single time have I ever made a dessert that could be classified as fall-ish, and absolutely not pumpkiny. The man was out of his ever-lovin’ mind.

But then I thought about how nice he (almost) always is – much nicer than me. We have one of those relationships where people are always saying things like, “Your husband is sooooo nice. How exactly did y’all meet?” Which is basically code for, “Did you drug and seduce him before he had a chance to realize what he was getting into?” And I’m okay with that. Not being the nice one takes a lot of pressure off me. And when I am nice, people are so surprised, I get a lot of bang for my buck. But Tim is genuinely kind, and if and when I want to use my kind capital, I want to use it on him.

And that is how I ended up making pumpkin spice muffins (that I then turned into cupcakes, because, icing).

Last Friday, after staring at the cans of organic pumpkin puree on my counter for two days, I finally bit the bullet and turned the oven on to preheat. Would I even be able to scoop out the orange mush from the can without gagging? Only one way to find out. I did some googling of my favorite Paleo dessert goddesses at Sweet Laurel and found that they had a pumpkin muffin recipe. Since Tim is allergic to wheat, paleo recipes are a great way to avoid the pesky ingredient (for him) AND produce a nutrient rich dessert (for me). The caveat is that neither of us avoid dairy, so I added cream cheese frosting to make them more like cupcakes, but you do you – serve your muffin/cupcakes naked or make paleo frosting from coconut milk instead of cream cheese and butter.

And I hate (hate, hate, hate) to admit this, but these muffin/cupcakes are so freakin’ good! I cannot believe it! Truly! I don’t know why I was being such a freak about it. All I can guess is that I was forever scarred by the weird glumpy texture of pumpkin pie as a kid, and have never really recovered. But these muffins/cupcakes taste absolutely nothing like nasty pie. They are moist without being mushy (my biggest fear), and redolent of a good carrot cake, especially if you ice them with cream cheese frosting. Who knew? (Well, maybe you did and you’re sitting over there going, that woman is a wackadoo. Of course it tastes like carrot cake!)

So as much as I hate to admit it, I am now a huge fan of pumpkin spice muffins/cupcakes. But I still reserve the right to be condescending to all the people walking around with giant pumpkin drinks for the next few months. Throw in a few rounds of Christmas carols playing in an elevator before Thanksgiving, and we might just have a situation. 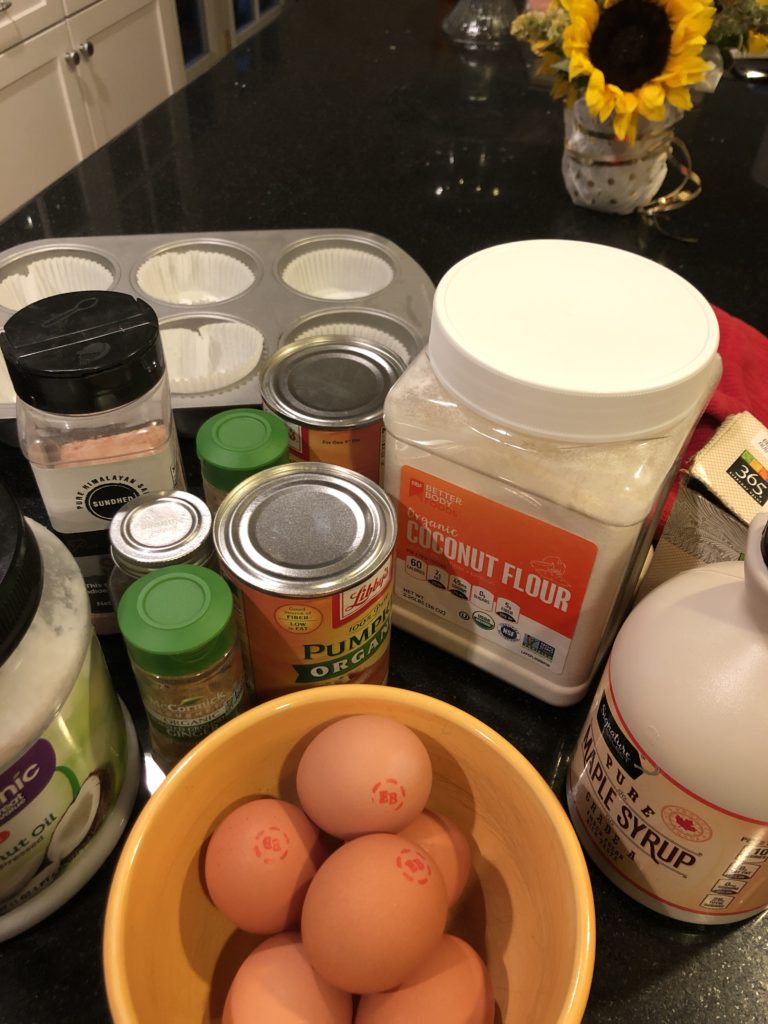 Preheat oven to 350 degrees. Put cupcake liners into a pan, or grease.

Combine dry ingredients and set aside.

Mix melted coconut oil, then maple syrup and vanilla, and mix well. Add eggs one at a time until well blended. Mix in pumpkin puree. Turn mixer to low and slowly add in dry ingredients until blended – don’t overmix.

Scoop batter into cupcake tin. Bake for 24 minutes, or until toothpick comes out clean.  Allow to cool completely – egg based dishes like this need to be cooled to get full taste.

Whip all ingredients with a mixer until smooth.

Scoop out the solid part of the coconut milk. Whip with vanilla and maple syrup until smooth.